I spent last week in Vancouver for a work related conference, and while I was sad that the event happened in the offseason, I still used the opportunity to walk around the city and explore its connection to hockey.

My first stop was of course the Rogers Arena, home of the Canucks. Looking at Google Maps, it appeared to be a short walk away from my hotel near the Convention Center, so I set off to find it. Downtown Vancouver is very nice, with lots of luxury shops (Coach, Versace, Villeroy & Boch, etc), so it was a pleasant walk to the arena. As I was coming up to the area indicated on my map, I could see it in the distance. But as I got closer, I realized that what I was seeing was BC Place, home of the BC Lions from the CFL, and the Whitecaps from the MLS.  Here’s a view of BC Place from the opposite side I was coming from. 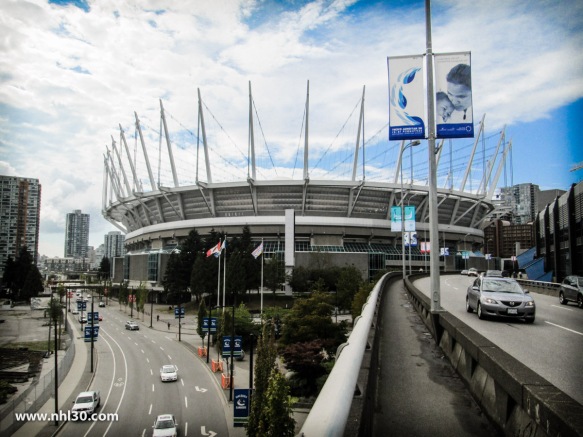 On the right hand side of the photo, across the elevated highway is the Rogers Arena. It is sandwiched between two elevated highways, which means it’s really difficult to get a good look at the building. As you can see in the picture below, it is sandwiched between Georgia Viaduct (where I took the pic above) and Dunsmuir Viaduct. At that point, I also realized that I had left the area of fancy upscale shops and entered a more rundown area (and it would only get worse).

Here’s the best shot I could take of Rogers Arena, by sneaking into the parking across the street (top right corner of the aerial shot).

As I walked around the building, I could see banners representing the Canucks’s star players. Here are some pictures.

Extension to the arena?

I of course stopped at the team store 🙂

One feature that seems interesting is that they used the space afforded by the elevated highways to build rising sidewalks so that (it seemed) you can enter from the street at the balcony level if you have nosebleed tickets.

The Team Store had a nice selection of jersey, t-shirts and other trinkets. I try to collect a shot glass from every where I go but for NHL Arenas, I keep that for games.  I would have liked to get a t-shirt for the upcoming Heritage Classic game, but they didn’t have my size, so I settled on a sticker and a pair of pins.

After the arena, I decided to make a detour through Chinatown. Coming up from the south it started out as deliciously authentic but quickly degenerated into a crack den out of which I walked away as fast as I could. In the span of 5 blocks I saw 3 arrests in progress… It’s too bad because that area had some beautiful architecture. 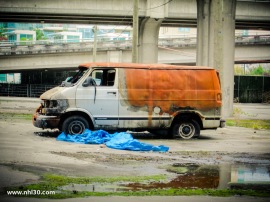 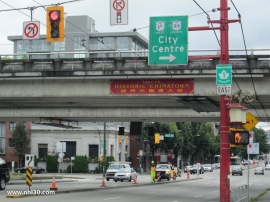 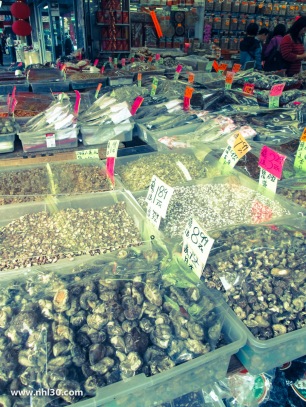 Old school pharmacy (with modern one at the back)

This seemed like an abandoned hotel but people lived there…

Something old, something new. An attempt to reclaim the neighbourhood?

Next to the waterfront, there was a small exhibit called The Canadian Trail that celebrated Canadian history and traditions, and of course, hockey was well represented, as you can see in the pictures below.

Some pictures of downtown Vancouver. 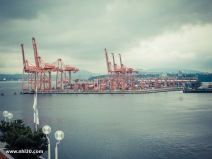 If you’re going to design building, why not use the Roman Coliseum as reference?

Lots of boats on the waterfront 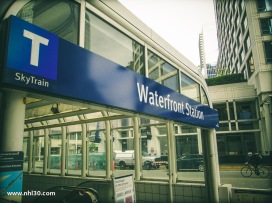 I will definitely be back for a Canucks game!

More photos from my trip to Vancouver from my music blog, Diary of a Music Addict:

2 thoughts on “Offside in Vancouver”